So… the online rumours are that Chibnall has got himself sacked and Whittaker has walked.

Oh please let it be true.

If it is true it’s about the only bit of good Who News we’ve had since Capaldi was announced as Twelvy.

It seems that, following his Doctor-ish turn in the recent Amazon Prime version of GoOD OMeNs, the rumours are that Michael Sheen is being lined up to take over…

…which, if true, would be a fantastic piece of casting.

But even better is the rumour about who is being lined up to take over from Chibs.

None other than the creative genius that is Neil bloody Gaiman! 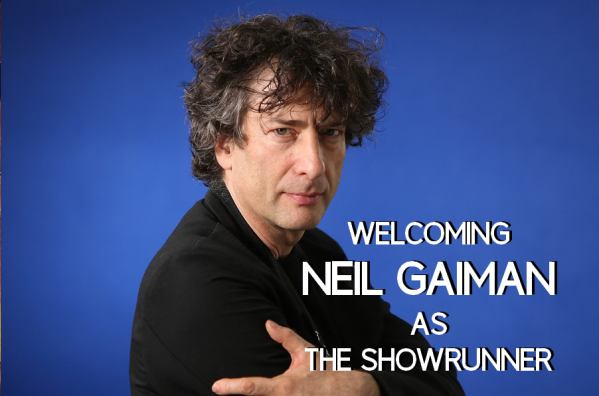 Yes, I know it’s only a rumour but OMG, if it turns out to be true it could be the very thing that gets people like me back on the fan bus. You know, the fan bus we were on back in the days when Doctor Who was a show for everyone, not a platform for the politics of it’s Male Feminist Showrunner, starring someone of the wrong gender.

If anyone could get Doctor Who back on track, it would be Gaiman. Nobody can doubt his credentials as a writer, the problems with Nightmare In Silver can be put down to the Beeb apparently messing with his scripts, not Gaiman’s writing. You certainly can’t blame him for the casting of the brats in the story.

If he can run Good Omens, he can certainly run Doctor Who.

Another reason to hope the rumours are true is that 2023, the show’s Sixtieth Anniversary, isn’t that far away.

It’s 2019 now, so we’re only four years out, and Series 12 is due to transmit in 2020. If we’re going to have another Day of the Doctor type story, prep for that would need to begin 2021 at the latest in order to get mutiple Doctors, such as Tennant & Smith, contracted, put a budget in place for the special, and set a filming schedule ahead of a November transmission.

If Whittaker has walked, and even if she hasn’t, I can’t see her wanting to take part. History would repeat itself and she’d do an Eccleston and decline. They shouldn’t even bother asking her, she’s an embarrassing miscast failure best forgotten about.

And then there’s the question of Series 13. If it was to TX in 2021, whoever Doctor Fourteen is, be it Sheen or someone else, 2023 would take them to the end of their standard three year contract. You would find yourself in a repeat of the Smiffy situation, where you get an Anniversary Special and then a Christmas regeneration story into Doctor Fifteen. Now, be honest, who wouldn’t like a Sixtieth with Tennant, Smith, Capaldi and Sheen? Or some combination thereof, Whopix certainly would.

If you haven’t already, go back and re-watch Good Omens and keep an eye out for the obvious on-screen rapport between Sheen & Tennant. Now imagine that in Doctor Who as the 14th and 10th Doctors. You know it would work.

The answer to the mess Doctor Who is currently in is to make Gaiman the Showrunner. Give him complete creative control and absolute freedom to take the show in the direction his fine-tuned fan sensibilities tell him it needs to, which is back to being mass populist entertainment. For everyone, not just the LGBT minority population, SJW Lefties, the Identity Politics crowd and Christel bloody Dee.

RTD got that Doctor Who needs to be a show for everyone better than his successors ever did. Moffat understood it too, but lost sight of it. As for Chibnall, he was a crap writer in a job he was under-qualified for and who didn’t have a fekking clue to start with.

Casting a Vagina Doctor was a deliberately divisive act, purposely splitting fandom into For and Against. The sad thing is, not only is it a stupid idea because it’s divisive, it’s a decision that didn’t need to be taken and one that could and should have been avoided. But the Lefty Beeb put their Leftist agenda ahead of good storytelling and an appealing lead actor.

Shittaker has zero charisma, one of the many reasons why she was wrong for the role. Sheen on the other hand, like Benedict Cumberbatch or Eddie Redmayne, would be perfect…

If you want an idea of what a Michael Sheen Doctor might be like, Whopix suggests you check out the 2013 movie The Adventurer: Curse of the Midas Box, which had Sheen in a very Doctor-ish get up, certainly a lot more Doctor-ish than the designed crapola the Vagina Doctor wore…

It was clearly intended to set up a franchise that never continued beyond this first movie, based on the book Mariah Mundi by G P Taylor, due to it’s poor box office.

Check out these screengrabs of Sheen in his role of Captain Will Charity and tell me he doesn’t look like he could be the Doctor: 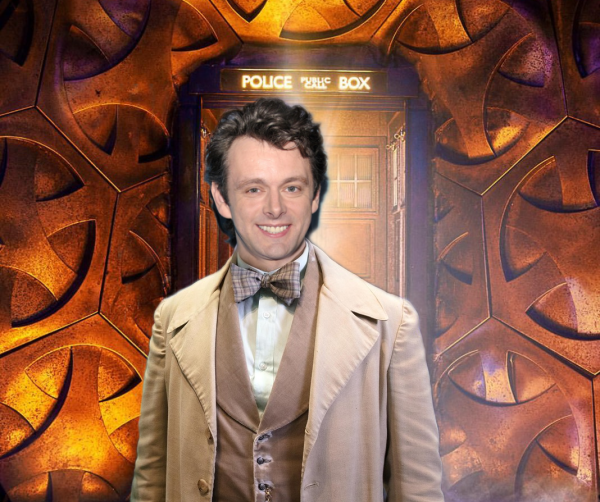 UPDATE: Sadly, it’s not true and we’re stuck with Shittaker and Chibknob for another Series. But  if anyone could take over the train-wreck and get it back on track it would Gaiman and Sheen.

One thought on “Michael Sheen As Doctor 14?”

This site uses Akismet to reduce spam. Learn how your comment data is processed.